A lot of people daydream, I’m no exception & when I seen this as an idea for a blogpost on someones’ blog, I had to use it, I love anything that takes you away from your everyday life every now & then, that enables you to really think about the ‘what if’ factor, so when I had to think about who I’d invite to my dinner party & I could literally pick ANYONE, I really had a fab time thinking about this one.

It did however take me a little time to narrow down my choice, I could’ve had more but needed to stop somewhere.

When it comes to social gatherings, I do enjoy a mix of personalities, that way you get a range of humours & topics of conversation. The 12 I picked are truly a mix of characters, picked with careful consideration & each for a different reason & purpose for the occasion.

I’d invite my mother (she’s 78) because she loves to meet new people, she’s at her happiest when able to talk someones ear off (hehe), she has an array of old-time stories to tell, I could listen to her for hours, she’s also full of anecdotes & could tell you a cure for just about any scrape, cut, sting, bite, rash, spot or bruise (caster oil cream works wonders for cold sores & spots did you know?? Plus, that weed that grows just about anywhere in England that produces a white secretion is amazing for warts). Putting all that aside though, I just love to see her happy & smiling, her smile can light up the darkest of rooms & brighten the darkest of days, it makes my heart feel incredibly light & very happy to see her happy.

I’d invite my niece (she’s 12) because I think she’d love it, all of the different characters & stories to be heard, also, she’s got the same sense of humour as me (sarcastic). She has an infectious laugh but also has a side that could stop you in your tracks, she’s feisty & incredibly sensitive to others. She loves to be up & doing stuff but struggles to do some physical stuff due to her Ataxia but that don’t stop her trying with all her might (she loves playing on the Wii dance on boxing day at my sisters) & doesn’t stop her being her normal feisty, lovable self. She’s easy to talk to & willing to talk about, just about, any topic (age appropriate of course), although, she’s a tad squeamish but I reckon she’s braver than she gives her self credit for!

One of these friends I’ve known for about 35 years & always able to make me smile & laugh even in times when I don’t want to, she knows me so well, she don’t really dig big social gatherings but I reckon a strange selection like this lot would intrigue her & the nosy wench wouldn’t be able to stop herself (hehe), love ya sugartits.

My other friend is a lady (oh how she’d laugh if she heard that) who made my life so much more bearable when I lived down south. She’s always up for a laugh & I can tell her anything & talk about anything. Oh the laughs we used to have.

My 5th guest is a character from Harry Potter (oh come on, if you know me, you knew there’d be some Harry Potter in the mix), Harry Potter movies have the ability to complete transport me into the movie & no matter my mood, as soon as the music starts, I get so giddy –

Dumbledore, I think, would be utterly fascinating & incredible to have a conversation with, I’d ask him lots of questions about magic & 2 things I’d ask him is if he missed his family & why he didn’t tell anyone about Snape? Ultimately, I think he’d add an air of grandeur to the occasion & calmness to the misunderstanding of magic. I’d be asking for tips on magical working, using a wand & removing curses. I’d be soaking up every drop of info he had to offer.

My 6th & 7th guests are other characters from Harry Potter –

The Weasley twins, along with a heap load of their goodies, would add humour & fun to any occasion. To spend a few hours in their company would be an absolute blast. I’d have no questions apart from asking if they would leave me with a huge box of their goodies before they go.

My 8th guest is another character from Harry Potter –

Luna Lovegood is a very special person & definitely someone I would like to be friends with, she has a special talent of making light of even the darkest of situations & problems without even trying to & of course, I’d love to have a look through the latest edition of the quibbler. I’d ask her how she thinks the world could fix itself & what her favourite part about the quibbler is?

My 9th guest is a character from the most amazing movie box set I’ve ever seen, a movie franchise which can make me so happy with just the thought of watching it & I could watch it to the end & then start from the beginning again & have a re-run, it is the Twilight Saga –

Carlisle Cullen is an amazing person, he’s kind & gentle, which for saying he’s a vampire is a very unique quality to have. I think because the fact that he’s a vampire, he’s the one character that the rest of my guests would feel the most safe with! I’d be asking him questions like – what’s the worst thing about vampirism, is it easy to keep the urges at bay, is the blood thirst like having a sugar craving (cause I know what that feels like). Also, at the end of the night, I’d be asking him to turn me into a vampire & to teach me how to control the thirst!

My 10th guest is a character from my all time favourite period drama TV series, Poldark –

I think Demelza Poldark is an incredibly strong person, to come from such a terrible background, to have herself taken from that situation & be put into another situation which is worlds apart but which still comes with its own set of problems. To fall in love with a man who, in society, considered to be far out of your league & not to be taken advantage of, for then to marry such a man & then be faced with callous remarks about your worthiness of him & about how your marriage is a sham, only in the end to show strength of character, forthrightness, eagerness to learn, work & be an amazing wife to the love of her life. Only in the end to win everyone over with her pleasing smile & strength. I would love to just go walking with her along the Cornish coastline & spend the afternoon drinking tea, listening to her funny ways.

Ross Poldark is the man who, as some would say took Demelza from a terrible life as a young teenage girl & took her home to use as & when he needed his sexual urges appeased, to which I say “poppycock”, he did no such thing, he did indeed rescue her from a terrible life, which, if he hadn’t of done so, it would have been a complete waste of her talents, of which she has many. Ross is a man of trust & of his word, he’s a man I would trust with my life & my entire worldly goods, he’s a man any business would be lucky to have, he’s hardworking & knows where to look for the next best thing. I would love to spend a few days in his company, having him show around his businesses, asking him tips on dealing with negativity from other peoples doubts, I’d ask him to take me for a ride on his horses (I certainly wouldn’t have the nerve to ride one alone). I’d ask him what he thought was the next best thing for the country would be & where the best place to invest cash is.

To be friends with both Ross & Demelza would be a real treat, they know how to throw a gathering & that can be anything from a simple afternoon tea to a full on evening of dinner & dancing. They would help anyone it was their ability to do so, no matter the cost to them, even if it meant aiding you escape arrest for murder!

Elizabeth Bennet is an incredibly strong & beautiful woman, with a heart of gold, she knows exactly what she wants & isn’t afraid to go for it. One of the things I love about her is that she’s fiercely loyal & would stand her ground in your defence against anyone willing to try to pull you down for something. She has the ability to keep you transfixed in conversation for hours & isn’t opposed to challenging you on a subject you think you know everything about. She’s eager to learn & explore new things & if you’re lucky enough to be one of her few extremely close friends, you could ask or tell her anything without judgement or criticism. I could quite happily spend hours with her, walking through the countryside, spending time having tea & just chatting about different topics. One question I would love to ask her is what it’s like being married to Mr Darcy.

I really enjoyed doing this post, thinking about who I’d invite & the reasons why I chose these people, they wasn’t all in my original lineup, I changed my mind a couple of times. Hehe. 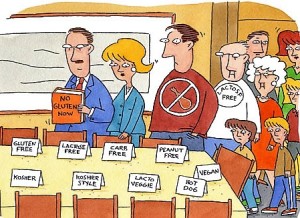 I hope you have an amazing week. 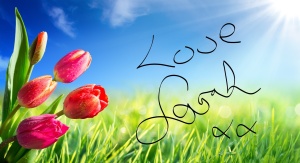 My name’s Sarah, I’m a Christian woman who lives in the Midlands part of the UK.

I love to laugh. & I love being surrounded by laughter, fun & silliness. I love love & togetherness. I love to sing (mostly to myself).